With the 2021 AGM just a few days away we have compiled the reports that will be presented on the day including the Agenda.

In 2020 we, unfortunately, did not have an AGM as there was covid-19 and we never thought we would be still in this same situation 1 year later. The situation is not over but we do know how to manage it better and our thoughts are with those who have suffered and lost loved ones because of the pandemic. The constitution does state that the office bearers do stay for 2 years so we just thought it best to continue as is.

This means that the report is fairly lengthy and deals with both years. The committee did have recommendations on improvements and adding clarity to the constitution which it wanted to present at the 2020 AGM, but this report will be handed over to the new committee for their consideration and whether to take it to all the members.

Candidates for the new committee

The following people have indicated that they are willing to stand for the positions as indicated below. In the AGM the KRRA members will vote for who they want in which positions. There is also a small brief about each individual to help people make up their minds.

I have been living in Kensington since 1993, I obtained my BCom from Wits university and LLB through UNISA. I am an attorney of the High Court of South Africa, Sworn Translator of the High Court of South Africa, Registered Tax Practitioner and also currently serving as a committee member on the Disciplinary Committee of Gauteng Legal Practice Council since 2020.  I was previously appointed by the Limpopo Provincial government as the Foreign Direct Investment consultant from 2015 to 2017. I am currently practicing as an attorney at Huang Attorneys Inc.

Phil Atkins has been a house-owner in Kensington since 1983. In the 90’s he was active in a predecessor of the KRRA as a committee member holding various posts. He then withdrew due to business commitments. In 2017 and 2018 he attended general meetings of the association and in April 2019 he volunteered to join the By-law subcommittee of the KRRA. He has been active in this capacity for the past two years.

My name is Charlotte van Vuuren, and I have operated a business in the area since 1989. I have lived in the area since 2012, having owned that property since 1998. I have been a volunteer in the area since 2012 participating in various projects. Serving as Admin on the We love Kensington fb-page and Kensington and Surrounds fb-page several WhatsApp groups as well as serving on the KRRA Bylaw Committee since 2017. I have a fully-fledged financial system in place and that will afford me the opportunity to report back if required on a daily basis.

Kristina Gubic is a qualified Journalist and independent Communication Specialist with 20 years’ experience focusing on non-profits, environment, corporate social responsibility, and sustainability. Prior to this she worked in the short-term insurance market both locally and in London. She has worked in over 400 rural communities across Southern and East Africa reporting on international aid delivering clean water and sanitation, building schools, food gardens and clinics and supporting small scale farmers and fence-line communities close to wildlife areas to participate in ecotourism.

She has renovated five heritage properties in Johannesburg and manages The Collectors Place, a family business restoring architectural antiques such as antique furniture, cast iron baths and fireplaces.

Kristina was born in Yeoville before the family bought their first house in Malvern. She was Head Girl of Hillcrest Primary in 1985 and matriculated from Jeppe Girls in 1991. She holds an Honours degree in Journalism from Wits, a BSc in Zoology and Environmental Management from UNISA and is a Masters candidate in Development Studies focusing on climate change. Kristina has lived in Kensington since 1982, with many adventures travels abroad to see endangered wildlife and world heritage sites.

Jack van de Vorst has been a property owner in Kensington since 2000.

He has been the secretary of the KRRA since October 2015.

My name is Maurice Smithers. I have been a resident in Kensington since June 2015. Prior to that, I lived in Yeoville Bellevue for over20 years where I initially worked in a voluntary capacity in a number of community-based organisations. Then, from 2008 – 2013, I worked full-time on neighbourhood development in the area, inter alia producing a weekly knock-and-drop community newspaper. One of my focus areas was the challenge of the unmanaged sale and consumption of alcohol. Since moving to Kensington, that has been the focus of my work in KRRA as well.
Except for a 12-year stint in government (1995-1997 in national government and 1998 -2008 in provincial government), I have always worked in the non-profit sector. I am currently director of the Southern African Alcohol Policy Alliance in SA (SAAPA SA), an advocacy body working to give citizens a ‘loud voice’ in decisions concerning the development, adoption and implementation alcohol policy in the country and in their neighbourhoods.
After dropping out of university back in 1972, I returned in 2017 and completed an MSc in Development Planning – my research topic was an investigation into the relationship between liquor licensing and municipal planning.

I Isabella Pingle have been a resident of Kensington since 1969. Living the best part of my schooling and life right here in Kensington.

I have owned and restored many properties over the years with a passion for heritage.

I have a Diploma in Fashion Design and my NQF4 & PDE as a Property Professional.

A reminder the event will take place at 10:00 at Jeppe Grils’ Hall, 160 Roberts Avenue, Kensington on Saturday the 27th of March. 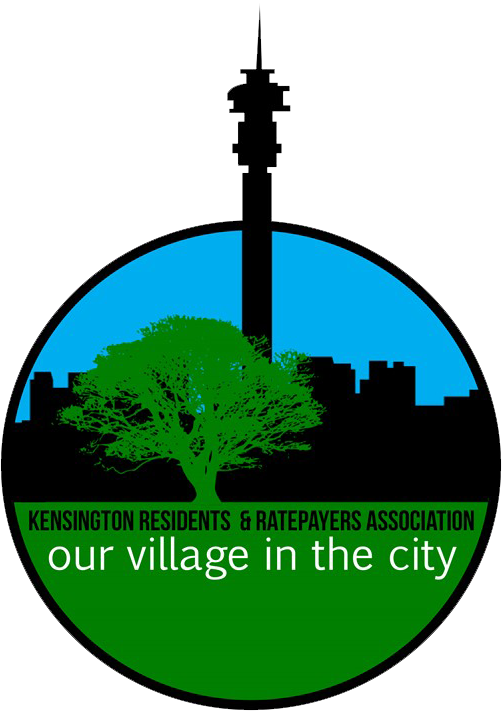